Polar bears have long been the victims of human hunting. Humans hunt bears for several purposes such as sports, trading in skin, fur, polar bear trophy, or simply for polar bear food. The international agreement says that only the native people are allowed to hunt polar bears. It’s up to the indigenous people if they want to kill white bears for sports, trophy, food, or for trading.

Why Do People Hunt Polar Bears in Canada?

In Canada, the lottery issues legal permits to kill polar bears according to which winners may keep the bear’s meat but must sell the polar bear’s pelt for $10,000. The permits are issued in the western Hudson Bay (Inuit village). Many non-indigenous hunters will also purchase polar bear tags. Every year indigenous hunters kill 50 – 60 polar bears.

Conservationists on the other hand discourage legal or illegal hunting of polar bears worldwide let alone Canada. They maintain that indigenous hunters are more responsible for the population decline than the climate change.

Over the past few decades the native hunting has become a serious threat of vulnerable species. The Canadian government is likely to impose permanent ban on polar bear skin trade. Hunters in the Nunavut have agreed to reduce the bear hunting. They will hunt 40 – 45 polar bears each year instead of 60.

Hunting of Polar Bears in Greenland

In the earlier days there were no restrictions on polar bear hunting whatsoever. In fact the one who kills the bear is often rewarded. If a person came across a bear in East Greenland and North-West he had rights to shot the animal. The practice continued for years and passed to next generations. As it turned out everyone shot bears until in mid-60s when only expert hunters were permitted to kill polar bears.

Read More: How Many Polar Bears are Left in the World?

The Marine Mammal Protection Act, 1972 forbade common men to hunt polar bears. Under the Act only native people who live on the coastal homes are allowed to hunt bears. The permission is so granted because natives rely on bear’s meat for consumption. However the Act makes sure that the bear is neither hunted for sports nor does its meat go in vain. Besides, the authorities estimate the optimum level of polar bear population so that the animal does not become endangered.

Can you Hunt Polar Bears in Alaska?

Yes and probably no! It is absolutely illegal to shoot polar bears in Alaska. However the Alaskan natives or Eskimos are allowed to hunt. They can kill white bears legally. These natives are called Eskimos. The Eskimos live on the coastal areas of North Pacific Ocean and they harvest bears for surviving. Their life depends on it. Still the Alaskan natives must enroll themselves under the Alaska Native Claims Settlement Act. A person who has not enrolled under the Act cannot hunt bears even if he is an Aleuts.

The authorities have not imposed any limit on the number of bears to be harvested so long as the harvest doesn’t end up in waste. Eskimos can harvest polar bears any time in a year.

The Alaskan hunters must also report polar bear’s skull and hides to Fish and Wildlife Service no more than a month after the kill.

The native people are legally permitted to sell polar bear’s meat in the Alaskan village.

Russia is one of few countries where no one is allowed to hunt polar bears—not even aborigines. Nonetheless, the law is likely to be changed in future in order to permit natives to kill bears. Despite the regulation local people have continued hunting ice bears for their sustenance depends on polar bear hunting. The Russian government believes that if hunting were made legal people would kill bears for money.

Why do people kill polar bears?

Some people such as professional hunters kill polar bears for sports while others (like aborigines) hunt for survival. In the northwest Greenland, Qaanaaq people kill white bears partly for trading purposes and partly for consumption. The aborigines are thought to sell bear’s skin, skull, hide, and claws in the village market. They will not sell it outside the village market. The native people also eat bear’s meat.

Is it Illegal to Kill Polar Bears?

No it’s not as long as you’re one of the natives or Eskimos. Eskimos are legally allowed to hunt polar bears but if anyone from outside shoots the bear he/she is deemed to have violated the law.

How many Polar Bears are Hunted Each Year?

While it is difficult to estimate the number of polar bears hunted each year, biologists believe that each year people (including natives) kill 60 – 70 polar bears. 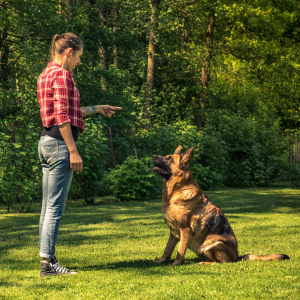 How Do Polar Bears Stay Warm?

What is a Grolar Bear? Grolar bear is a hybrid animal which is born as a

In the late eighteenth century two subspecies of a polar bear were recognized and documented. The

What Do Polar Bears Eat for Kids?

In this article we are going to discuss polar bear diet for kids. Polar bears are